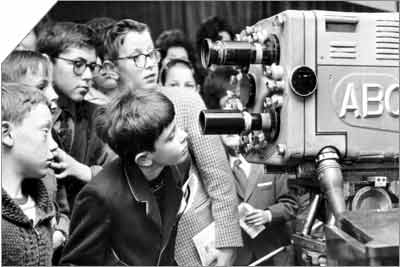 History of the Studios

The site has been used for the production of film/television since 1912, starting with Ec-Ko films when the owner, Henry Chinnery, took pity on a local crew as they tried to film when it was raining. He suggested that they use his large greenhouse. They made many short silent films in that greenhouse using the sun for natural lighting. During the 1920’s several different film companies used Weir House and its grounds but it was not until 1931when Warner Bros. needed a British site (to get over the film Quota system) that film production “took off”. Many now well known actors such as Rex Harrison, Charles Hawtrey, Margaret Lockwood and Burt Lancaster were employed to make films, but a new comer to the industry was Errol Flynn. When Warner Bros. saw his potential they soon moved him to Hollywood.

During the war film production had almost stopped and it was on 5th July 1944 that a V1 flying bomb hit the site, destroying both the studios and killing 3 people including the manager “Doc” Salomon. Warner Bros. were not allowed to rebuild until after the war due to the lack of materials. When they did, they were obliged to rebuild to the original style. This included reinstating the hotel frontage on what is now the dressing room block. On January 29th 1948 Danny Kaye reopened the site for film production.

As film production slowed down the “new kid on the block”, Television, started to use the site. ABC Television used Teddington as their London base (they transmitted in the Midlands) as actors were able to come from the theatres in London and do a play or situation comedy and, sometimes, be back in the theatre for the evening performance. Some of the output then included “Armchair Theatre”, “The Avengers”, “The Eammon Andrews Show” and “Callan”.

When in 1968 the new franchises were announced ABC and the London contractor Rediffusion were amalgamated to form Thames Television. Teddington became affectionately known as “the Canning factory” for the weekday contractor, with transmission facilities at their Euston base.

Thames Television’s output to the U.K., via the network, was prolific and most of their recorded output was made at Teddington. This included “Rumpole”, “Bless this House”, “George and Mildred”, “Opportunity Knocks”, “The Benny Hill Show”, “Edward and Mrs Simpson”, “Rainbow”, “Rock Follies” to name but a very few. Film was not forgotten, during this time, as “The World at War” and “Hollywood” were edited in the film cutting rooms.

When in 1992 Thames lost their contract, Teddington was reborn as a facility house using the principle of the Television Village where anything that was needed to make a Television programme was on the one site. This we have been doing ever since, changing the uses of the areas to prove the most productive and to suit our customer’s needs. What we can offer can be viewed elsewhere on this site.

The Television/Film tradition goes on under Barnes Trust Media who took the site over in 1997 attracting many top production companies to make their piece of Television History.